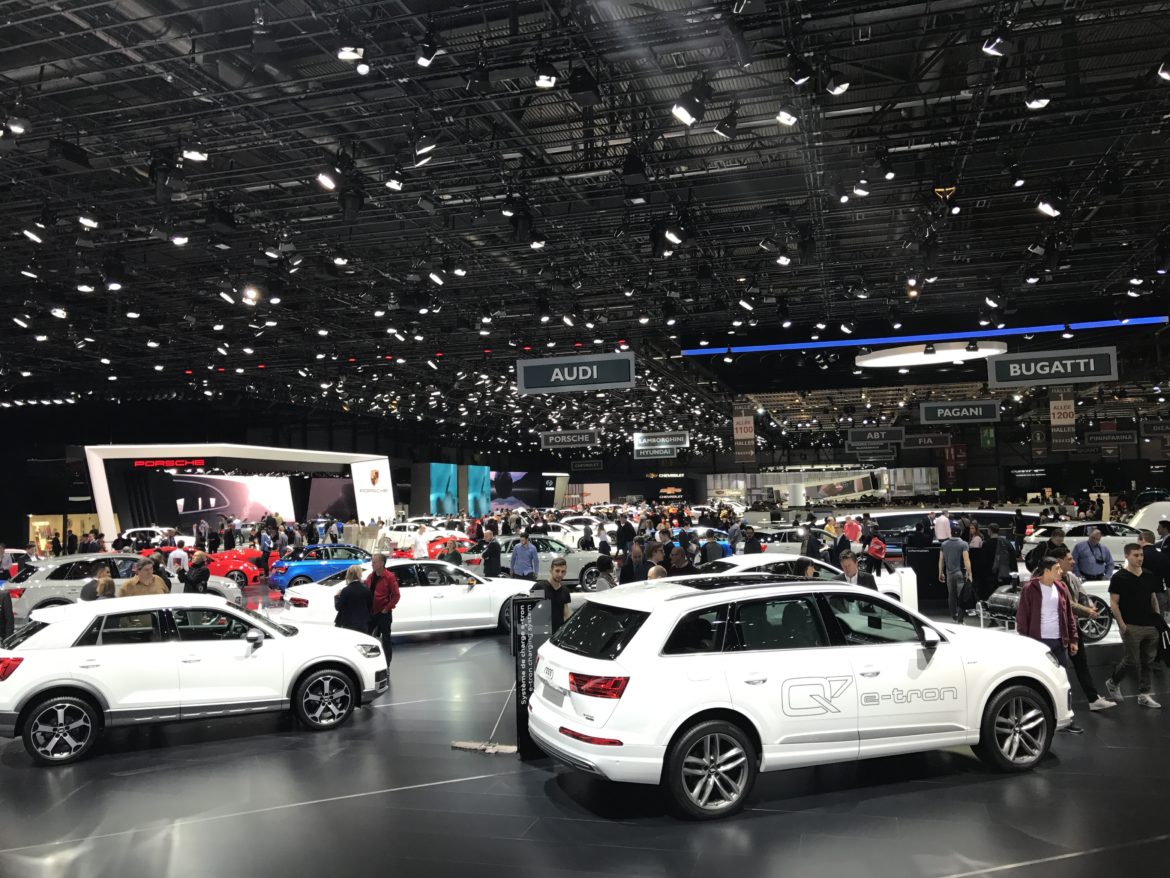 After months of apprehension, 4th March was finally here. My luggage was packed, tickets and other travelling documents checked. At about 10 pm my plane left for Switzerland.

Excitement filled the air as I arrived in Zurich the next day, in anticipation for the 2017 Geneva Motor show. This was definitely a dream come true as I had been working towards attending the show, and experiencing it first-hand.

The first few days of the Auto show were reserved for the press and as a petrol head and professional car restorer, I knew this would be the best time to attend, to receive the necessary exposure I wanted. I needed to get a press pass and fast. Luckily, though not very easily, I secured one and that was the icing on the cake.

I took a three hour scenic train ride from Zurich to Geneva. As soon as I arrived, I quickly settled down and looked for a bus that took me directly to Palexpo, where the Auto show was taking place. Geneva is French speaking so the little French I had, came in very handy. Oui…Oui!!

This was it. I was at the Geneva Auto Show! It was pretty early and vendors were setting up and getting ready to display their cars. I spotted a few companies unveiling the newest models of their cars.

I was extremely impressed with the set-up and how large the place was. Every stand was unique and stood out in its own way. It was nice to see some of the stands offering refreshments and souvenirs to guests.

On a whole, the different stands that were open to everyone, were very receptive. The most popular stands were’ Bugatti, Lamborghini, Ferrari, MacLaren, Bentley, Audi, Range rover, Mercedes, BMW, Jaguar. There were however, other stands that were strictly by invitation to view.

It was a great privilege to see brands I had never heard of such as Ital designs, Techrules and David Brown. Interesting to know, this was David Browns’ first time at the motor show 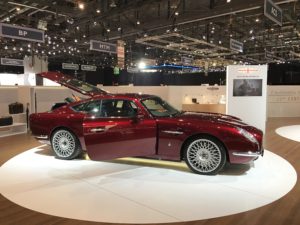 The hall was filled with car enthusiasts and I was humbled to meet some prominent people in the auto car industry such as, Georges Keller from Bugatti, Martin Tobian from Brabus, Adriano Mudri, the Head Design for Rimac and James Gilbert from Morgan. 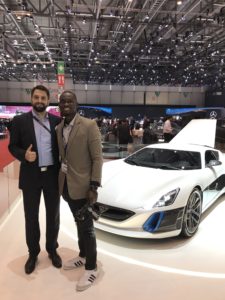 With Andriano- Head of Design- Rimac 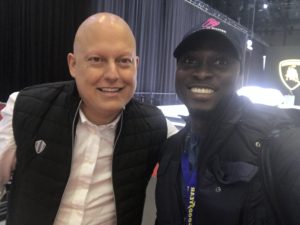 As a vlogger myself, I was on a hunt to find fellow vloggers in the auto industry from all over the world. Thanks to social media, I recognized a few of them when I saw them. I met Seb Delanney, Tim of Shmeem 150, Sam of See through Glass and Joe of JK automotive. 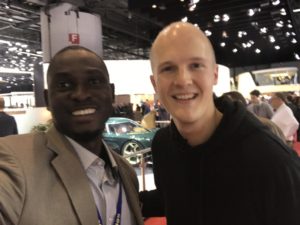 Sam from See through Glass-Vlogger

On the whole, it was an amazing experience, networking with top petrol heads and viewing the latest models of the vehicles on display. I’m looking forward to the 2018 Geneva Motor S

Pininfarina Stand At The 2017 Geneva Auto...